Within the last couple of days I have received a couple of weird form letters from Box.net, who do a fine job of hosting my music...somebody complained (to Box, not me) about three of the records I posted...these are:

These files were yanked by Box...who sent me a form letter stating that I violated copyright laws by sharing these sides. Oh well. Things like this happen sometimes.

Here's where things start to get weird...why on earth did someone complain about Part Two of the Robert Parker record...but not Part One? Surely the same copyright law applies to both sides of the same record.

Then, when I went to check on the status of the Horton and Parker files, by going to my blog and clicking on the offending files, I find that my Some Scarce Seven-Inchers posting has gone...Vanished! Kaput! Joined the Choir Invisible!

It seems that this blog is under attack by someone. Some dirty little coward who probably has nothing better to do than create havoc...and run away.

Thank goodness that Google has cached an old copy of the post somewhere...I've reconstructed the page as well as I could, with the original posting date and original comments. And a few new comments of my own (in green).

It's too bad that this kind of thing is happening. If much more damage occurs, then I'll just pack the blog up and let it vanish. I have far too many other things to worry about.
Posted by ZorchMan at 6:52 PM 7 comments:

It was forty years ago today... 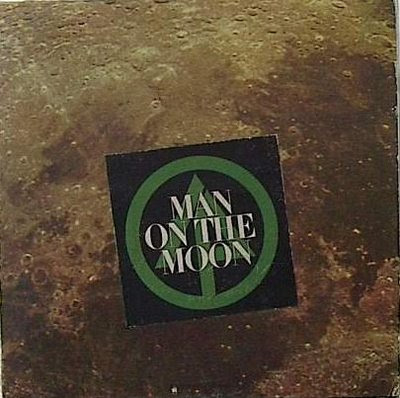 It's been a bit busy at the Zorchstead...I have a couple of LPs that had to be digitized for friends, a few DVDs that needed to be burned, and I recently met another 78 collector...the last couple of Sundays have involved running down to Providence for lots of good coffee and even better conversation.

This cat's 28...I know a couple of other (even younger) collectors...our hobby (er, obsession) will be in good hands as the Old Guard passes.
*********************************************
This weekend was fairly eventful...the fortieth anniversary of the Apollo 11 mission coincided eerily with the passing of TV news icon, Walter Cronkite at the age of 92. Cronkite, of course, was anchorman at CBS from 1962 to 1981 and covered the moonflight.
Cronkite also narrated this little seven-inch record:
Man On The Moon Walter Cronkite and others CBS News special record
http://www.box.net/shared/h3fk07onz8

It's quite thought-provoking...the voices of astronauts Neil Armstrong, Buzz Aldrin and Michael Collins, and President Nixon interspersed with Cronkite's reassuring baritone (and no unnecessary music or other such hoopla) make this a most interesting twenty minutes.

This record evidently was given as a premium by several companies...I've seen one in a special outer sleeve that advertised Corning Glass. This copy has no outer sleeve, but has the sticker with the record's title printed over the logo for International Paper.

As I mentioned before, the last couple of Sundays have been rather busy at this end...and Grits has a couple of Sunday gigs to attend. We couldn't broadcast. Ah well...the answers to the audio Quiz will eventually be properly aired, but at an unspecified later date. Keep watching this space as information becomes available.

Oh...that quiz. I posted it a few weeks ago...and there have been only three guesses (all correct, I might add), all from the same person. There are still 21 cuts waiting to be identified.
I know there are more of you out there, downloading my little tidbits of music. Some cuts have had an enormous amount of activity (The Whoopee Hat Brigade and that Blossom Dearie record especially). Some people are kind enough to leave a quick comment. Others...well...
We bloggers thrive on feedback...it shows us that somebody out there enjoys what we're doing.
So, if you read our blogs, download our music, and enjoy them, please drop us a line. We love it.
And I'd especially love to see more people check out my goldurned quiz...the link is here http://www.megaupload.com/?d=LLH3NE3V . I'd really like to hear from the jazzers and bluesers out there...there are quite a few not-so-difficult cuts just waiting to be properly identified...and a few that are a bit more challenging (although these may have clues elsewhere in the blog).
If you want to participate, but don't want to go through the Blogspot initiation (and why not? It's painless, and they don't spam!), you can email me at zorchv38@yahoo.com . If, for some reason, you don't want to be identified in the blog or broadcast, that's cool too. Just let me know.
Well, that'll do for now...I think I'll have a green cheese sandwich.
Posted by ZorchMan at 10:59 PM No comments: